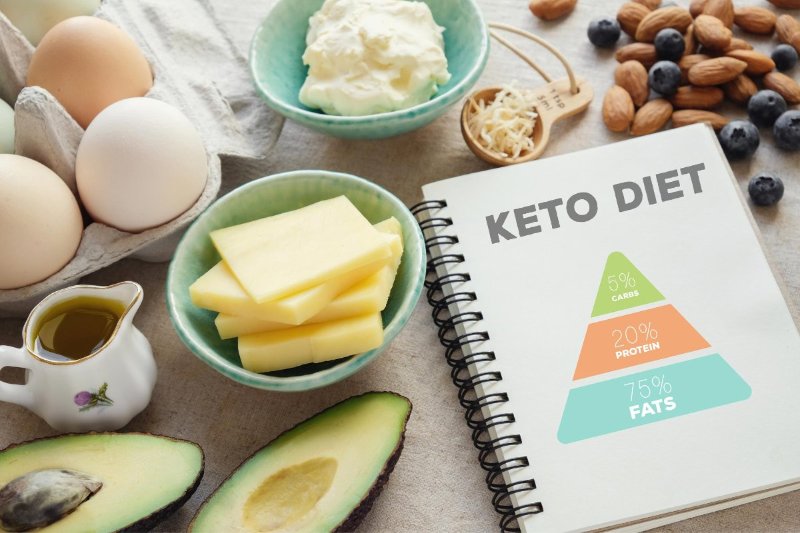 To some, a ketogenic diet amounts to nothing less than a drug-free cancer treatment. The diet calls for eliminating carbohydrates, replacing them with healthy fats and protein.

The premise is that since cancer cells need glucose to thrive, and carbohydrates turn into glucose in your body, then cutting out carbs literally starves the cancer cells.

This type of diet, in which you replace carbs with moderate amounts of high quality protein and high amounts of beneficial fat, is what I recommend for everyone, whether you have cancer or not. It’s simply a diet that will help optimize your weight and health overall, as eating this way will help you convert from carb burning mode to fat burning.

Ketogenic Diet May Be Key to Brain Cancer Recovery

The featured video shows Thomas Seyfried, Ph.D, who is one of the leaders in teasing the details of how to treat cancer nutritionally. I am scheduled to interview him shortly and hope to have that interview up later this year. In the video, Professor Seyfried discusses how, as a metabolic disorder involving the dysregulation of respiration, malignant brain cancer can be managed through changes in the metabolic environment.

“In contrast to normal neurons and glia, which transition to ketone bodies (beta-hydroxybutyrate) for respiratory energy when glucose levels are reduced, malignant brain tumors are mostly dependent on non-oxidative substrate level phosphorylation due to structural and functional abnormalities in mitochondria. Glucose and glutamine are major fuels for malignant cancer cells.

The transition from glucose to ketone bodies as an energy source is an ancestrally conserved adaptation to food deprivation that permits the survival of normal cells during extreme shifts in nutritional environment. Only those cells with a flexible genome, honed through millions of years of environmental forcing and variability selection, can transition from one energy state to another.

Current conventional cancer treatment typically involves chemotherapy and radiation therapy. Chemotherapy is a cytotoxic poison, and radiation is devastating to the human body. More often than not, the treatment is what eventually kills the patient. This can no longer be accepted as “the best we can do.” As Dr. Seyfried says:

“The reason why we have so few people surviving is because of the standard of care. It has to be changed, if it’s not changed, there will be no major progress. Period.”

CBN News recently published an article on the ketogenic diet.2 Clearly, many people are realizing that what we have been doing in terms of fighting cancer is simply not working, and we cannot afford to continue in the same way. Prevention must be addressed if we ever want to turn the tide on the growing incidence of cancer across all age groups. But even more astounding, in terms of treatment, is that cancer may respond to diet alone.

“Dr. Fred Hatfield is an impressive guy: a power-lifting champion, author of dozens of books, a millionaire businessman with a beautiful wife. But he’ll tell you his greatest accomplishment is killing his cancer just in the nick of time,” CBN News writes. “The doctors gave me three months to live because of widespread metastatic cancer in my skeletal structure,” he recalled. “Three months; three different doctors told me that same thing.”

Dr. Hatfield was preparing to die when he heard of metabolic therapy, also known as the ketogenic diet. He had nothing to lose so he gave it a try, and… it worked. The cancer disappeared completely, and at the time of his interview (above), he’d been cancer-free for over a year.

The video above also features Dr. Dominic D’Agostino who, along with a team of researchers at the University of South Florida studies metabolic therapy. They found that when lab animals were fed a carb-free diet, they survived highly aggressive metastatic cancer better than those treated with chemotherapy. CBN reports:

“‘We have dramatically increased survival with metabolic therapy,’ [Dr. D’Agostino] said. ‘So we think it’s important to get this information out.’ It’s not just lab mice. Dr. D’Agostino has also seen similar success in people – lots of them. ‘I’ve been in correspondence with a number of people,’ he said. ‘At least a dozen over the last year-and-a-half to two years, and all of them are still alive, despite the odds. So this is very encouraging.'”

Dr. D’Agostino explains how the ketogenic diet can have such a dramatic (and rapid) effect on cancer. All of your body’s cells are fueled by glucose. This includes cancer cells. However, cancer cells have one built-in fatal flaw – they do not have the metabolic flexibility of your regular cells and cannot adapt to use ketone bodies for fuel as all your other cells can.

So, when you alter your diet and become what’s known as “fat-adapted,” your body starts using fat for fuel rather than carbs. When you switch out the carbs for healthy fats, you starve the cancer out, as you’re no longer supplying the necessary fuel – glucose – for their growth. As D’Agostino explains:

I’ve previously discussed ways to “starve” cancer, and eliminating sugar/fructose and grains (ie carbohydrates) is at the very top of the list. It’s the most basic step without which few other dietary strategies are likely to succeed. In order to be effective, you must first STOP doing that which is promoting cancer growth (or poor health in general), and then all the other preventive strategies have the chance to really have an impact.

What Makes for a Cancer-Fighting Diet?

Please remember addressing your diet should be at the top of your list. Naturally, processed foods and soft drinks do not belong in a cancer-preventive diet, as they are loaded with carbs that turn into fuel for cancer cells.

Processed foods may also contain trans fat – the only type of fat you really need to avoid like the plague. They are also loaded with omega-6 fats which the featured otherwise excellent video failed to mention. Increasing the omega-6 to omega-3 ratio is another potent way to increase your risk of cancer cell proliferation.